Teach Him To Fish - By Cameron Cunningham 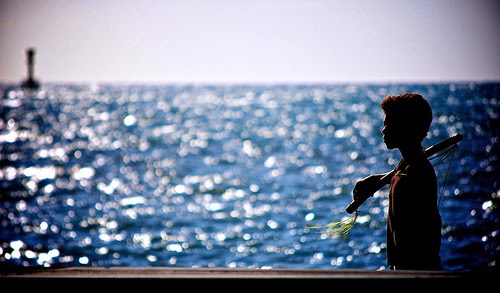 We’ve all heard the age old phrase, “Give a man a fish and you feed him for a day. Teach a man to fish and you feed him for a lifetime.” Perhaps the place where this proverb fits most aptly is the fight on global poverty. Poverty is a very real issue today: in the words of former Financial Coaching Fellow, Jerome Thompson, “the fight on poverty is this generation’s civil rights movement.” There are opposing theories on the best way to address the issue of poverty – give the fish or the lesson? Or, does the issue go deeper? Should we be asking which method is better, or should we be examining the way in which the methods are administered?
Read more »
Posted by Andy at 11:02 AM No comments:

The Paradox of the Panhandler

The Parable of the Starfish 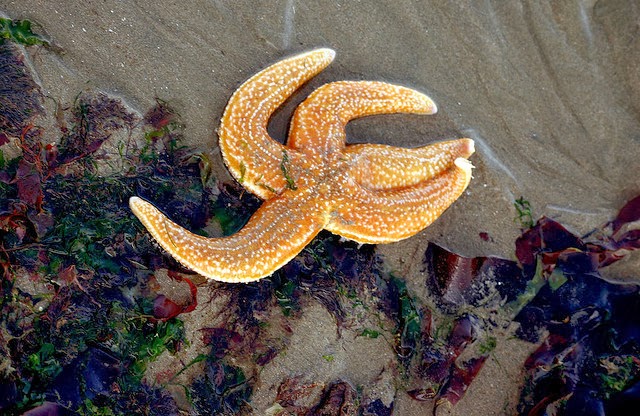 We’ve all heard the parable of the starfish: a man comes across a young boy throwing starfish into the ocean.  The man, seeing this, tells the boy that what he’s doing is a waste of time because, there being thousands of starfish, his actions won’t make a difference.  And then comes the boy’s famous response.  Picking up a starfish, he says, “It makes a difference to this one!”

I got to thinking about the starfish story as I was driving home from work today and passed a homeless man panhandling on the side of the road.  It’s a frigid day—windy and cold, with a chance of rain and sleet in the afternoon.  In short, a day that must make the despair of homelessness even more biting and sharp.  Stopped at a red light, I looked at the man, bundled up yet shivering, holding up his makeshift sign, and wondered what I should do.  Give him a dollar?  Ignore him?  Work for systemic change that will end homelessness?
Read more »
Posted by Andy at 2:57 PM No comments:

The Mental Stress of Fewer Options

My Experience
The summer before college I found a job babysitting that would earn me enough to cover my first year books and possibly leave some left over for some fun college activities.  The job was in Newport, about 45 minutes (on a good day) from my house.  Rather than waste money on gas, I decided to take the bus every day.  One summer morning, I went to my usual stop, walking just over a mile to get there.  I saw the bus coming down the street and stepped forward with my change in-hand.  I was standing in plain sight, right under the bus sign but that bus didn’t even slow down.  I even saw a few people point at me as I waved my arms in an attempt to get the attention of the driver, but no luck.

A Frank Discussion About Money

Cut The Euphemisms
I feel that so much of our modern lives are shrouded in euphemisms that rarely do we say what we mean; instead we hide behind safer language, safer feelings.  Beer and shampoo and a host of other consumer product commercials imply that use of the product will result in dates, in sex, in beauty, in success.  To sell sugar water Coca Cola shows us polar bears enjoying the beverage: let's make something lacking any nutritional value seem cute and refreshing!  Exxon doesn't rapaciously exploit natural resources: it "delivers value" to its stakeholders.  The wealthy get preferential treatment (11% taxes on capital gains!) not because they have the clout to lobby for that treatment, but rather because they are job creators.  Financial institutions behind the global recession are spared criminal suits, not because they have the power to intimidate the government and the legal team to fight it, but because they are too big too fail.  Benefits and programs to support the poor and middle class--food stamps, unemployment insurance, job training, infrastructure improvements--are continually whittled down, not because they lack political power...No! It's because government is too big and they are too dependent on government largesse.  And so on.